Chromazz | Before They Were Famous

No Comments on Chromazz | Before They Were Famous 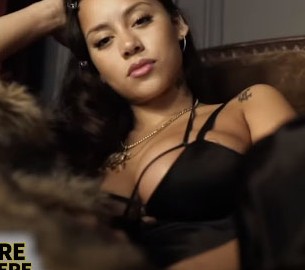 Chromazz | Before They Were Famous

Before Chromazz would release hit songs like “S.B.W.”, “Baddie” and then gain even more popularity for her Instagram & OF account. Before Chromazz would get a shout-out from “The Boy” himself, Drake while accepting an award at the Grammys. Before Chromazz would have over 43K subscribers on YouTube, 19.3K followers on Twitter, and over 270K followers on Instagram at the time of this recording. Allow me to introduce you guys to the self-described First Lady of Toronto, Chromazz. Chromazz was born Janessa Melina Mendez on April 21, 1999 in Toronto, Ontario. As a youngster, Janessa would travel to Ecuador every year for two months to visit with family there and she became enamored with the culture she discovered. When she’d fly back home to the Six, she spent her youth in the area of Jane and Finch and one of her very first jobs was working at a local McDonalds, a gig she picked-up when she was still only in Grade 9.